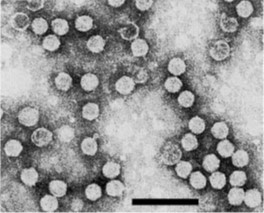 Transmission Mechanisms
There are 4 principle mechanisms by which MLN causing viruses can be transmitted.